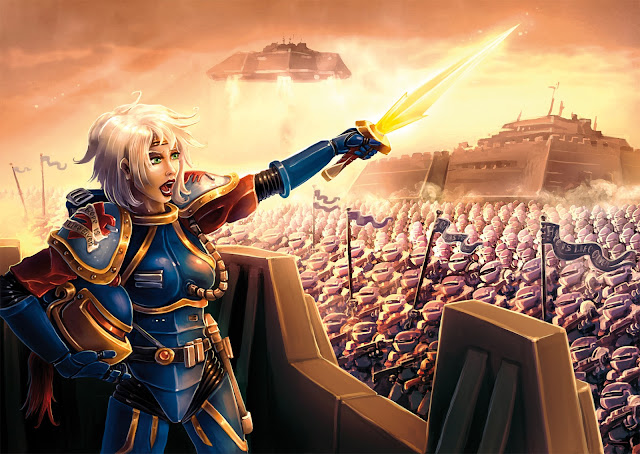 Baroness Julanna at the head of her Knights

My good friend Sam Croes has just posted up a piece of art by the talented Emel-de-Syrs.  The art shows Julanne a baroness of the League of Canlaster at the head of her Retained Knights.  A scene from the Ion Age universe taken from the MOTH game book.  I really like this image, its got pace and drive and scale too.  Makes a fella want to go AWOL from the Prydian Army and join the rebel Canlastrian ranks.

5 thoughts on “Julanna…love ya baby!”