On Sunday it was the annual Harbour Gala Day in Girvan and I have to say that apart from nicer weather this year over last the day also seemed busier and the mood better than in 2012.  I did not spend long at the Gala having other things to attend to in the morning but I did see a very inspiring team up between the Life Boat and the HMS Gannet helicopter for a mock rescue at sea scenario.  The usual assortment of rides and stalls along with a bring and buy all against the edge of the harbour.

Below you can see some of the pictures I took including the ‘bubble balls’ and the sea rescue.  It was a brilliantly bright and warm afternoon. 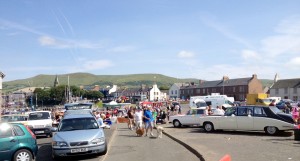 Girvan Habour Gala 2013 – The view from the sea front 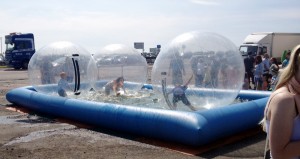 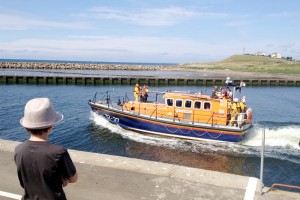 Girvan Habour Gala 2013 – The Thinker looks at the Life Boat 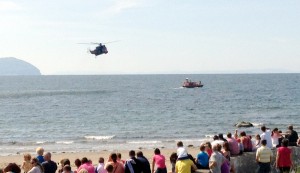 Good fun for all the family.  Perhaps next year I will get more time at the Gala.  Who knows?