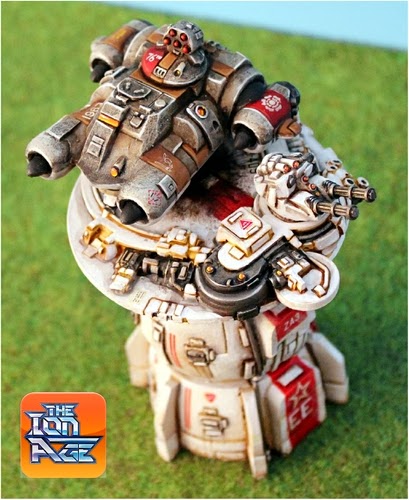 There is a lot going on at work just now.  Major product releases one after another.  This has meant less time for me to do much in the way of hobby or personal time projects but its well worth a blog post here.  So what has the week for me been?

Its all been about buildings, vehicles and aliens in 15mm scale.  15mm scale means that a human being of average height is about a centimetre and a half tall as a miniature.  Its a great scale as it means very large objects can be modelled affordable and well without a huge expenditure of energy.   The aliens were the brand new Prang, alien raiders and soldiers over on 15mm.co.uk.  These chaps made by my friend Eli Arndt over in the USA are great fun and suggestions for their use range from pirates to bodyguards.  If you are interested in seeing them pop along to the blog for that website.  The vehicles, well that was Sam Croes beautiful Skylark Patrol Flyer a resin kit in 15mm scale for The Ion Age.  You can see it on top of the tower in the above image.  Terrain came in the shape of the landing pad that tops off the tower in the above image.  You can read more on the Ion Age blog. 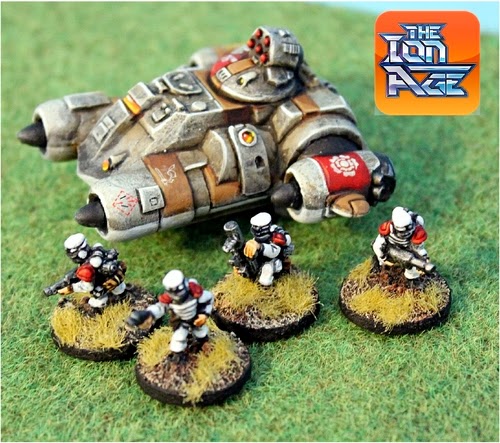 Typically I do the writing, blogging, web work and photo editing for releases and I am not interrupted much by customers or fans while doing it but in the last seven days its been a total opposite.  Many have been praising and asking about these new items.   This is the focal point of this posting.  It makes me smile.  Being asked what something will look and what it will cost and if there is a story to it is very invigorating it makes you realise that people care.  Frankly it makes me sure that investing my time and efforts into this universe was the right thing to do.

That said I do hope to read my copy of Escape from New York over the weekend..if I have time.