In a previous post I said I was going to track down the top 100 albums in the Prog Rock magazine count down.  Well I began that journey by purchasing downloads of the one hundreth, ninety nineth and ninety eighth albums on the list.  I began at the top as it seems right to do so and work towards the top ten.  I don’t know how long this will take me and I doubt I will review every album on the list but I will refer to it and let you know as I go.  So….Drama by Yes.  How was it? 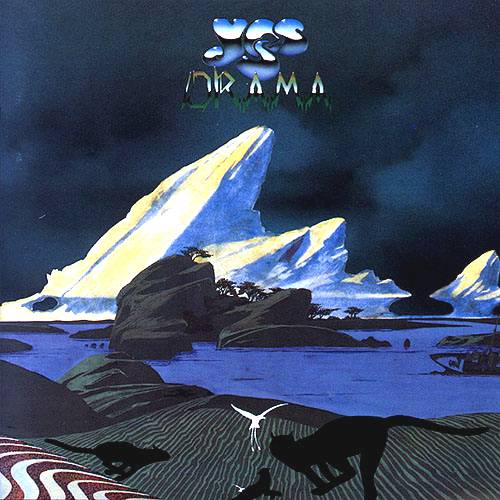 “Machine Messiah” and “Tempus Fugit” have rightfully gone down in history as two of the best songs on this album but as I listened to this album ten times over the last three days in the car and at home and by headphones and speakers I felt that the other tracks fell quite short of expectations.  I know its 100th on the list but this is my first experience of Yes as a band so that might have a lot to do with it.   There was a change of vocalist and line up for this album but I did not look this up until after writing down my thoughts.  It does show.  Until I encounter Yes again I will not know if the departing of Jon Anderson as singer made a difference to quality but it did seem to affect the album to my ear.   There are several very weak tracks there including “Does It Really Happen?” which is really, really boring and drawn out.

So purchase it or not?  Well I enjoyed it and if you can get it for under a fiver like I did and you like prog then go ahead.  Amazon link HERE.