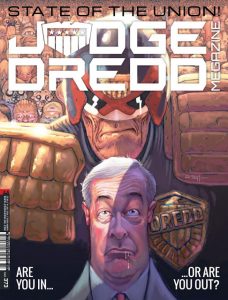 This week the United Kingdom makes one of the biggest choices it will ever make by public vote. To leave the European Union or to remain in the European Union. On Thursday 23rd June 2016 voters will turn out and decide with a result which will decide the future of the nation. It has been a constant for me for months now and after all the ‘fun’ of the Scottish referendum of 2014 which lasted many months I am frankly tired of it all.

This short posting on my own personal blog is not exhaustive by any means and it is not meant to be either. The whole matter is so complex that it is virtually impossible for any mere mortal (believe me I have watched and read so much it is a joke that any normal person would subject themselves to such dry torture) to make an informed choice as to how to vote. What I know for certain is that you have to choose if you wish Westminster to be sovereign in law making, if you wish to have politicians who are accountable to be voted out if you do not like them, if you believe fundamentally that diversity is vital, if you think political expansion over all other concerns is the goal and so on. In the end do you side with a corrupt but expansive market or with a smaller corrupt but accountable one. Certainly no one in power who has a vested interest in remaining in the EU gives a toss about normal people; that has been plain to see. I think the EU has been a bain upon the normal poorer people of Britain (and other member nations) who have born the brunt of its policies in the last twenty years in many areas while the wealthier have reaped the benefits. If you are liberal and see it as all and only good then you see only half of it; which is your choice. There is room enough for all argument in a future too vague and wide to see properly. I think the Euro zone will collapse and that Turkey is a mistake which will be made by the EU. No more political or economic integration.  Enough.  This island is full and diverse enough.  We have enough unemployed of our own and the world is not our problem.  If we remain the UK will regret it…in ways too horrid to list here.  Sad I had to say that but it is what I think will happen based on investigation.

For me issues of sovereignty are paramount and that is how I came down during the 2014 referendum (I voted to stay in the UK if you are interested). A political choice for me and on that basis alone I will vote Leave with my one ballot paper. I think to be able to decide things on our own is better. Better for me, for my children and better for Britain. I respect your choice if you respect mine. Don’t call me racist or xenophobic. I am not and it makes me sad you might think that for speaking my refined opinion which I am entitled to. I give to charity and I have friends all over the world. Ask anyone who knows me I am a great guy and very helpful to those who need it. It is my choice and I have made it based on months of thinking and reading. The last item here and longest to finish but well worth it to understand macro power structures like the EU… 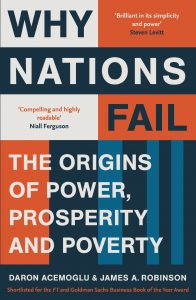 So what will happen? I will make my prediction so that I can point back to it rightly or wrongly after the 23rd what I thought would occur openly. I think that this week the UK will vote to Leave and it will be down mainly to the bulk of the silent population being fearful of immigration and that the Westminster village has once more, as it did with the last general election, totally failed to read the mood of the nation correctly. Was I right?

Two points to finish on before I sign off. Another prediction firstly that on November 8th 2016 in the American presidential election that Donald Trump will win. He is coming to Turnberry up the road from here in Girvan to open his golf resort personally on Wednesday 22nd June and from what I know has done a lot of good for the people here in terms of jobs and pride. If Clinton wins then America is tragically racing for the cliff edge. Secondly a very sad admittance that all the politics are actually a side show to something much larger and more sinister and that is the world now. There are structural challenges in population shifts, wealth going to the 1%, climate change, religious radicalism and so on which threaten us all regardless of our geographical location….fun eh.

I prefer wargaming and writing books so normal service resumed in the next post here. I just had to make my statement.