A broken tusk jutted from its lower jaw and pierced through its upper lip drawing blood. The arrow had grazed the mouth. With its free hand the Orc tore two more arrows from its chest breaking the wooden shafts with apparent ease. It awaited the order. Blood trickled down its face staining the rough white fabric and leather around its neck. Blood flowed out of injuries and mixed dark with the red of its crudely stitched coat before dripping onto its course black leather boots. It awaited the order. Ahead the Hoomans rode horses their armour sparking brilliant in the sun; lances shining as they began to charge. Arrows rained down from the Men further back behind the riders and struck the Orcs along the thin two deep line drawing grunts but no movement; a couple of Orcs toppled forward onto the grass. It awaited the order. The spear had been lighter, the spear has been faster but the spear was gone and now he had Bessie. The order was shouted gruffly. Bessie moved from resting on the shoulder into both hands and up until it pointed at the Hoomans. The plains had been his hunting ground and the spear had thrown far and silent. Now the ranks and the lash for speaking out of turn. Bessie spoke with fire and anger but there was no fear. No fear now of the Hoomans. The lances came down to level and then gouts of grey smoke and fire stabbed out and the Men died. Dresda was theirs and his Lordship would give sips of Ladye Juniper to all who served in the ranks. Blood mingled with bitter powder as the unbroken tusk bit into a new cartridge and then he spat the lead ball into Bessie’s smoking maw. 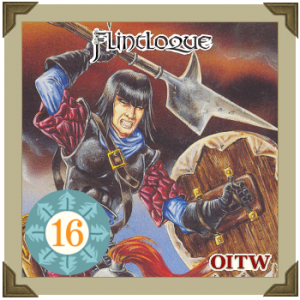 It was my great pleasure to make my entry into the 2017 Advent Calendar over at Orcs in the Webbe and article at the request of the site’s owner Craig Andrews.  I write an article each year for his birthday on or around the 18th of December.  This time it was a play tested article for using the now vanquished Human race on the battlefields of Valon in the time of Flintloque the Skirmish.  You can read it HERE and download a formatted PDF of the article on that page too. 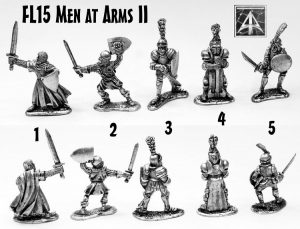 I do not play Dresda but others do, the game first made for Alternative Armies range of High Fantasy miniature.  I wrote DarkeStorme to replace it and Flintloque does not really use Humans.  Such as those above in the Knights and Footsoldiers part of the range.  Orcs have wiped out Mankind and taken their cities including Dresda and now call it Londinium.  The article was fun to write and play out the scenario included in it.  Humans are like Elves but slower and being afraid of black powder makes playing them in Flintloque tough at anything but close range.  It does bring up some nice ideas though.

In 2018 I will be working with other authors and creators to expand Valon even further with titles set in the twilight of the Crystal Empire of the Elves.  Revisiting a classic title and also a brand new one too.  There will be more on this at the time but for now I just wanted to say it is coming.  Stay up to speed by following the Alternative Armies blog or facebook group.

I leave you to enjoy the Advent Calendar and wish everyone a Merry Christmas and all the best for 2018 now just under two weeks away.  Time flies.