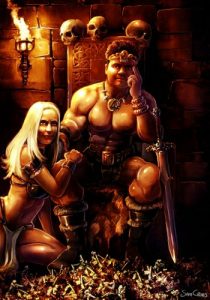 I was born in 1979 in Glasgow, Scotland though I spent a lot of my childhood in Nottingham in the English Midlands.  From a young age I enjoyed reading, writing, miniature wargames, boardgames and the like and though I did not imagine that I would ever work in an industry that I loved that is just what has happened.  After a string of interesting, if menial, jobs which funded my way through university I emerged with an MA Modern History and went into employment with the Pensions and Investment sector.  It did not take me long to realise that this role was not for me.

I took up a post with Alector Ltd whom I had worked for as a student and have been with them since 2003 in one form or another.  I am now the Creative Manager of Alternative Armies and its sister brand 15mmcouk (retired). I also created the new Ion Age in 2012. While my role involves many tasks its primary one is the creation of new titles in the Wargame hobby market.  I like to think that I have managed this rather well. since it has been seventeen years in the same job despite the biggest upheavals in modern history having occurred since 2003. You can see more on these titles on Published Works.

I live in Girvan a small sleepy town in Ayrshire, Scotland with my wife and three children (the eldest I call The Thinker, the middle one The Poet and the youngest The Warrior).  Life by the seaside has been and continues to be mighty fine indeed.  In fact I would not swop it..well not for less than a few million!