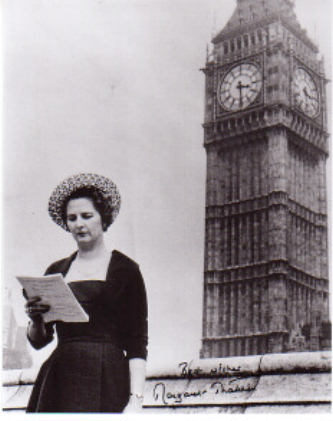 At the age of eighty seven Britain’s longest serving and only female Prime Minister Margaret Thatcher has died peacefully after a stroke this morning.   While I do not discuss politics typically I could not allow the death of the ‘Iron Lady’ pass without comment here.

As a baby born in 1979 I lived my first eleven years with Margaret Thatcher as the leader of the nation and even now I remember being very confused when she stepped down as I could not imagine her not being in charge! If you agree with her political choices or you don’t it cannot be denied that she had a bigger impact on Britain than almost anyone else in the 20th century.  She was involved closely with the end of the Cold War and oversaw the re-taking of the illegally seized Falkland Islands too.  She broke the power of the Trade Unions and resisted the increase in UK integration with Europe too.  It is fair to say that although I admire her I am in a minority in Scotland where she is disliked or more by many even to this day.

How will history judge the Iron Lady?  Time will tell but I personally think that she will be remembered in the positive overall.

For the full story and links to videos from those who knew or were influenced by her visit the BBC News page.