Jason and the Argonauts  Seventh Voyage of Sinbad and Clash of the Titans to name a few famous ones.  All films made fantastic by the stop motion work of Ray Harryhausen who died peacefully yesterday.

Harryhausen was a legend among fantasy and science fiction movie fans and I see at least five of his films a year during festive or other holidays.  In fact I know some of them off by heart.  What makes it even more sad is that his good friend Ray Bradbury died not that long ago.  An age really is ending.  Its going to be CGI over substance all the more.  Something akin to parts of the wargaming industry but that is not for now. 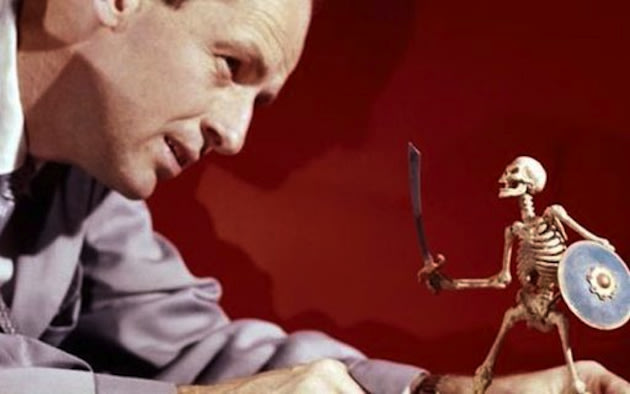 You Looking at me!

You can read a full obituary here and check out the clip above.  Its old, its creaky but man it’s still awesome!