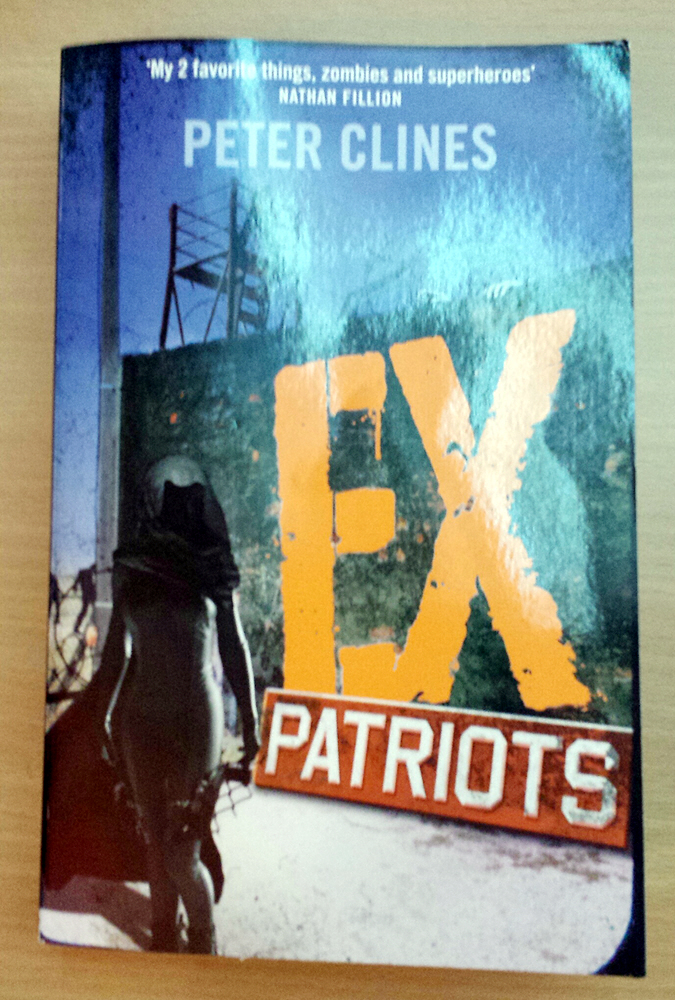 After I had finished reading Peter Clines first novel in the ‘Ex’ series I was so taken with it that I went out and bought the next TWO in the series (he is still writing the fourth tale set in this fictional universe).  I set to reading Ex-Patriots at the weekend and read it through in just two sittings of an hour or so each.  It moves at a crackling pace.  So just what is it about?

Two years since the dead rose and the plague of ex-humanity decimated mankind. For most of that time, the superhero called St. George, formerly known to the world as the Mighty Dragon, has protected the people of Los Angeles at their film studio-turned-fortress, The Mount. Together with his fellow heroes — Cerberus, Zzzap, and Stealth — he’s tried to give the survivors hope and something like a real life. But the swollen population of the Mount is becoming harder and harder to sustain, and the heroes are feeling the pressure. Hope arrives in the form of a United States Army battalion, based in a complex a few hundred miles away in Arizona. This is not just any base, however. The men and women of Project Krypton are super-soldiers, designed and created before the outbreak to be better, stronger, and faster than normal humans. They want the heroes and all the people of the Mount to rejoin America and have normal lives again. But can the military be trusted? And is there even a country left to rejoin? There is a secret at the heart of Project Krypton, and those behind it have an awesome power that will help them keep that secret hidden. The power of Freedom.

Was it any good?

Yes.  Climes is a pop culture rapid fire author and built on the first book with interwoven themes but also brand new branchings too.  I don’t want to give away the plot as it would spoil your enjoyment but let’s say that Zombies are not the focus this time rather the US Government and its post apocalypse way of dealing with the world.  If you thought that US Marines were the top soldiers in the world, well they are not something rather more enhanced is.  Twists and turns with double dealing is in the book and the last fifty pages took me by surprise.

Well worth reading and it was nice to see Nathan Fillion getting his dues in print.