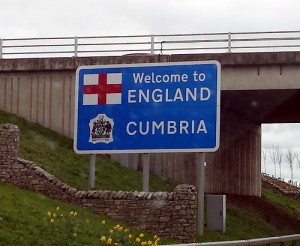 Salute 2014 is over and I am back in Scotland now.  I got back on Sunday afternoon but its taken until now for me to take care of all the email and other matters to have time to make this posting.  My own blogging comes last on the list and is mainly for my own amusement here on this domain.  That being said I hope the three thousand of you who look at it each week enjoy the read.   Anyway with the dust settled and some time to muse on it…just how was Salute this year for me and as an event? 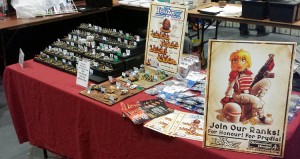 Come and look at the table!

For me this Salute was the most easy going ever with the entire event going off without a hitch and even the traffic in London being remarkably light.  I was tired sure but nothing like the mad days of 2004-2010 for this wargames show.  I met a lot of nice people and in among the praise of how much they were loving The Ion Age and wishing it good growth I also took some flak from Flintloque fans.  Did I not know this was the first Salute since the 1990’s that Flintloque did not dominate the trade stand?  Well I did and I did it on purpose; sorry guys!  Makes me think though Flintloque has been ‘me’ for so long now that it did feel a bit strange not to have it there.  We did fine in terms of our sales and I was happy with that and as always we dropped off a stack of ‘collect on the day’ pre-orders.  I want to thank all those who supported us and me and I wish them well. 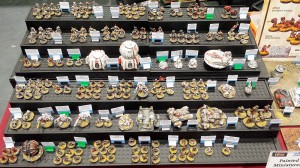 As an event this Salute was rather more quiet that previous years.  Less excitement and buzz in the massive hall at Excel and without the bring and buy the gaps between the rows of stands was very wide indeed.  I think attendance was down a bit as well.   Certainly I tend to notice things like this and my notes from 2013 said the same thing down on 2012.  Not to be pessimistic but it seems possible to me with the changing nature of the hobby that such a big show might not continue as it is.   A smaller trade stand suited us and other traders had done the same thing perhaps noticing what I had.  I have not seen this opinion online elsewhere but then maybe I am wrong on this…when I look back at this post in a year I will know for sure.  Just call me Hari Seldon perhaps! 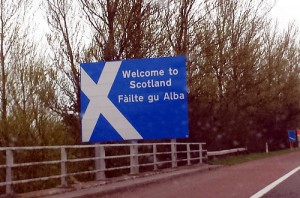 Now.  On with life and with business.  Its Malig Madness release week on The Ion Age and its the Maginot Turret kit on 15mm.co.uk and Slaughterloo is back in stock from the morrow on Alternative Armies.  Plus the sun is shining.  Life is mighty fine by the sea here in Girvan and there is a LOT coming your way over the coming months.