I have not updated this blog in long, long time.  Various reasons for this.  The prime ones being a lack of spare time, teenage offspring and a lack of things to say of good interest outside of work and private.  Well last weekend I finally made it to Edinburgh (third attempt as the last two times were snowed off..Scotland in winter eh!) to see in its final days the fantastic Da Vinci exhibition at the Queens Gallery.  As described in its own words: 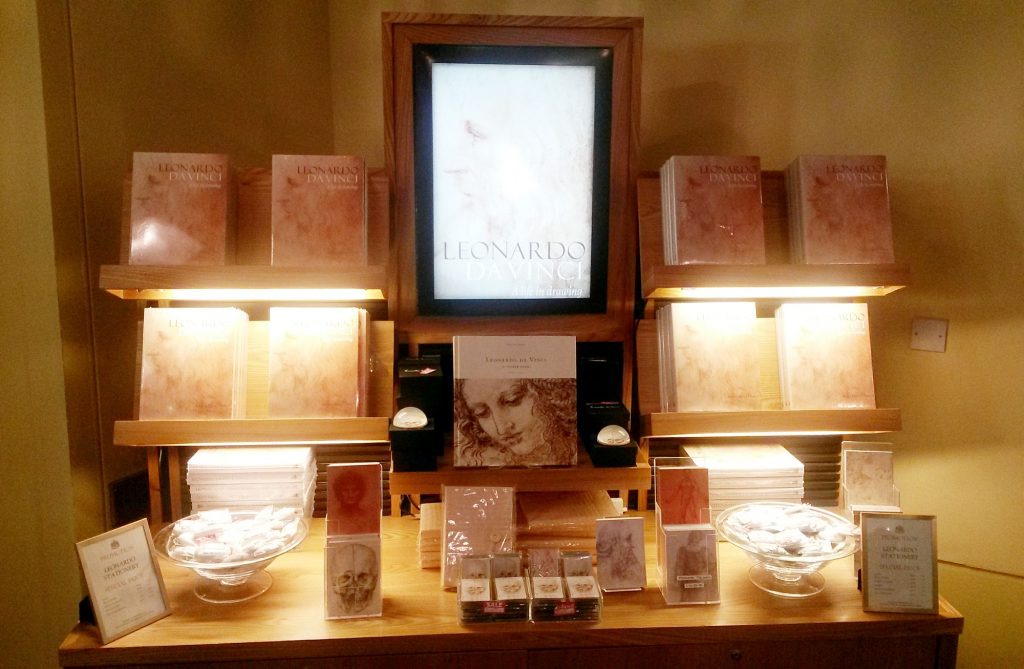 “Marking the 500th anniversary of the death of Leonardo da Vinci, the exhibition brings together 80 of the Renaissance master’s greatest drawings in the Royal Collection, forming the largest group of Leonardo’s works ever shown in Scotland.

Drawing served as Leonardo’s laboratory, allowing him to work out his ideas on paper and search for the universal laws that he believed underpinned all of creation. The drawings by Leonardo in the Royal Collection have been together as a group since the artist’s death in 1519. Acquired during the reign of Charles II, they provide an unparalleled insight into the workings of Leonardo’s mind and reflect the full range of his interests, including painting, sculpture, architecture, anatomy, engineering, cartography, geology and botany.”

It was well worth the trip and to see the works of this great man in person once again including several sketches I had only seen in books up to this point.  I am something of a fan of Leonardo you might say.  Here are some pictures I took on my phone. 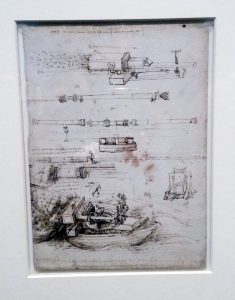 Sketches of artillery and multiple shot cannons. A couple of examples were built but all failed to work properly without modern technology and manufacturing.

In Utero. One of his most famous and rarer still for being in colour, the womb and child. Amazing up close and of course he was well ahead of his time. 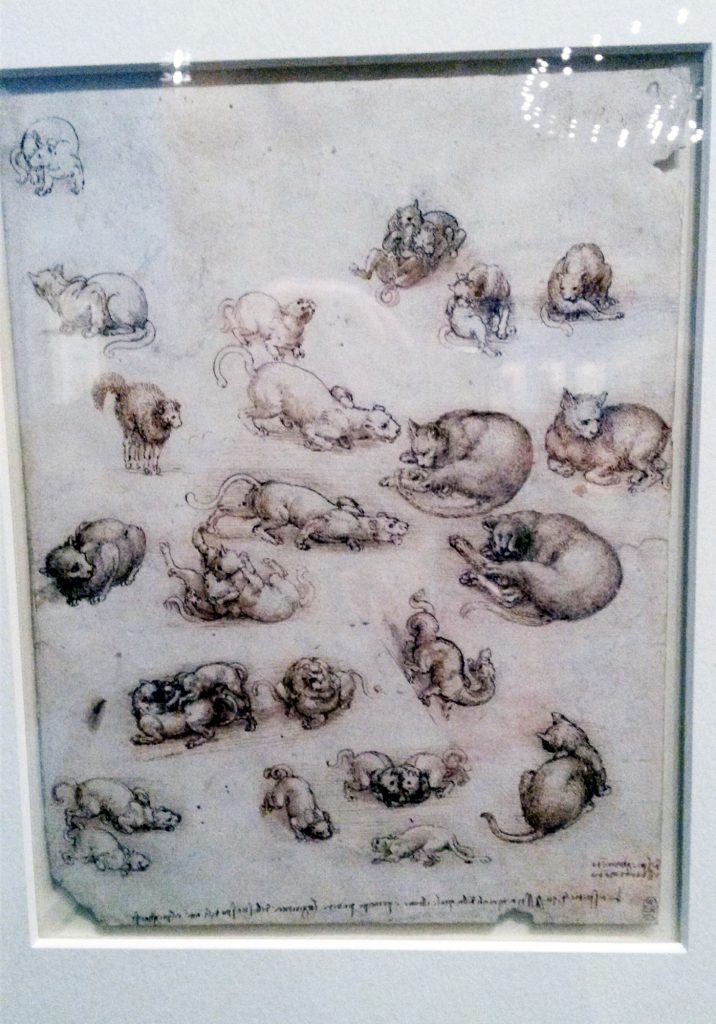 Cats and a Dragon..can you spot the Dragon? Took me ages to find it. Da Vinci really liked cats as it turns out. 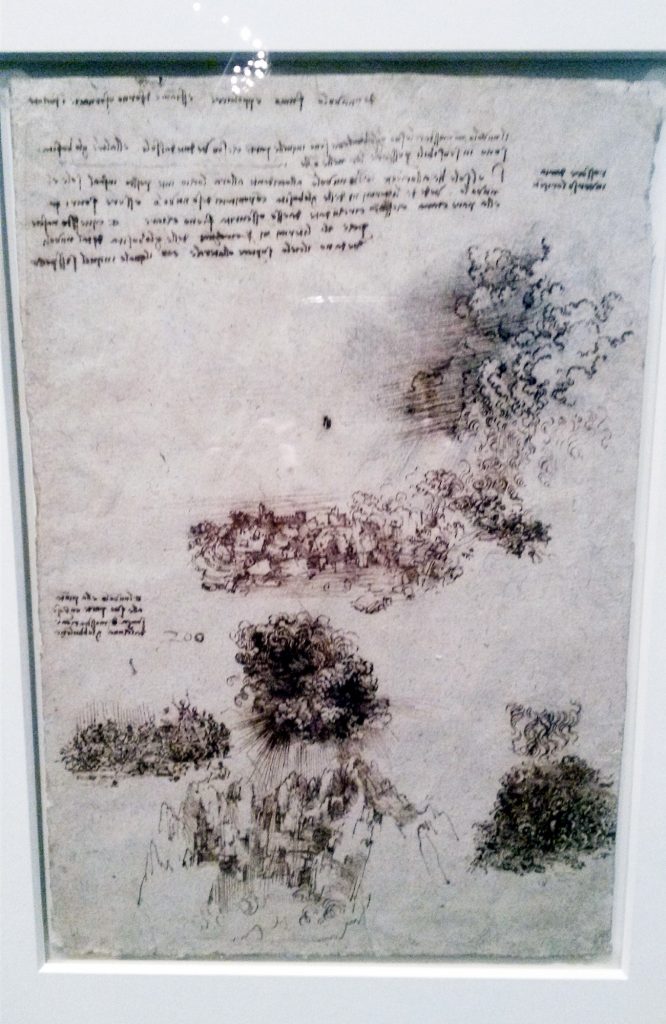 The end of the world. Towards the end of his life the artist became obsessed with the apocalypse. By hell fire, by flood and by disease. Powerful rendering…

Excuse the poor quality of these selected images the glass in front, the bright lights and the elbows of many around made it tough but each of these can be seen online larger with a wee search. 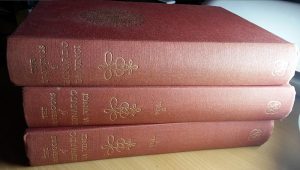 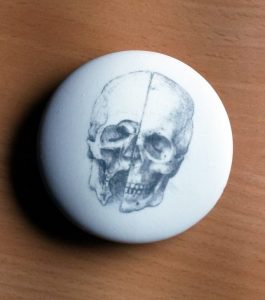 My only purchase at the exhibit was an eraser, a rubber, which was not only the cheapest thing there but also half price since the event was ending.  I picked up four.  One for me plus one for my three sons. When I was a student I picked up the three volumes, from the late 1950’s, of Da Vinci’s drawings with notes.  Very comprehensive.  In fact we used it to create our own vision of the ‘turtle car‘ his ‘tank’ in 15mm scale along with the man himself. 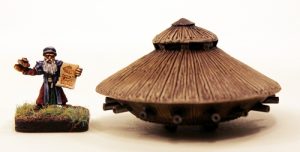 I recently finished listening to Walter Isaacson’s life of Leonardo.  A really good book and well worth reading or picking up on Audible as I did since I can type and listen at the same time.

Thanks for taking the time to read this and feel free to comment if you want to ask me something.  Perhaps another post in less time, next time.