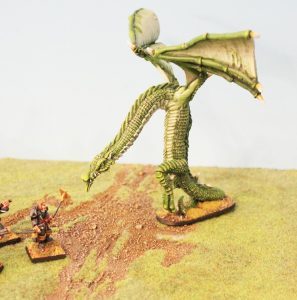 Now online at Orcs in the Webbe as part of the 2016 Advent Calendar a free Flintloque scenario written by myself as my own personal entry on the calendar for Day 10. Sharke’s Wyvern! The scenario sees Captain Rekhardt Sharke along with his Chosen Orcs taken on a giant monster after being tricked by a Dark Elf noble into a spot of ‘bird hunting’. It includes the scenario but also the rules for including this monster in your games of Flintloque. 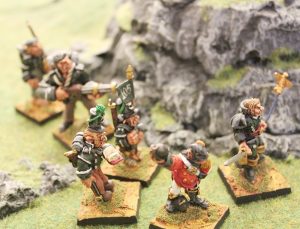 I had great fun writing and playing this scenario with new rules and getting the miniatures for Sharke out of the box again for the fight.  I am currently working on something major for Flintloque that will be out and about in January 2017 but there will be more on this during December.

I hope you enjoy the read and the photos which were taken too.