Over on the blog for The Ion Age I published a little story about Caracan the Strider; a light mecha used in the Patrol Angis game system in 15mm scale.  I write a lot of fiction and non-fiction but on this occasion I decided to set myself a challenge in that I would try and create 2000 words of fiction in less than two hours with only five minutes of editing afterwards and then straight to publish.  I just managed it and the article went live half a day later.  Responses have been kind and nice and sure I made a couple of mistakes but all in all it worked.   Have a look and enjoy if you like science fiction with a military leaning. 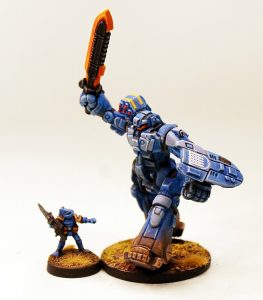 So.  You might be thinking how do I write a story of 2000 words in 120 minutes.  Well there is no magic formula really.  From my point of view I have and do write a lot so my typing speed is faster than typical.  It helps I use a wired full size keyboard as smaller boards and wireless can pose problems and slow you.  I am a great believer in the motto of ‘just start’ as it works.  When you try this just begin with one sentence which sums up what you are going to write about.  Such as ‘This mecha, what is it, who is its pilot and where are they fighting’.  Then drop a few lines, I use open office mainly in single page view, and type in salient points of the story you are now thinking of.  So any action or dialogue or description you intend to hang the story on.  It could be the opening or last line for example.  By this time you are five minutes in and have the skeleton of a two thousand word tale.

Now.  Do not stop.  Type typing and ignore everything else if you can.  Take your salient points and begin to build on them with paragraphs.  Name your characters and identify places.  Ignore the beep of the phone, the call from mates and such (if you are on fire then put it out of course!) and carry on.  Frankly I am ignoring Messenger and Whatsapp right now!   By the time you are an hour in you should have nearly a thousand words and a story that would work if left as it is.  It would be somewhat vapid and missing elements but it exists.  Now take a minute and read it back.

The second hour is the power hour.  You are in the zone now and you are burning up the virtual paper.  Now is the time for the main focus of the tale to take place, focus on the action scene or the central trunk which readers will remember.  Get it done and then jump back and expand upon the beginning then hop to the end and write it out and then expand it.  Two hours goes fast.  You should now have your story… 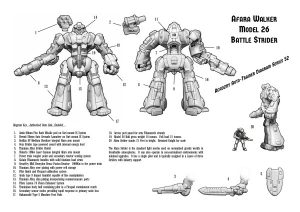 Pompous eh?  What am I like.  A fast thinking, fast typing, veteran scribbler telling you it is this easy.  Well it ain’t easy and I got there with seconds to spare.  It is perfectly fine to try for 1000 words or for three hours when you begin and I recommend you try and do an exercise of 500 words several times if you are very new to this.   If you manage to craft a tale then you deserve some applause as many people simply never do it.

I began with books like the one above and they are well worth reading.  I will end on this notion.  Begin with the End clearly in Mind.  It makes all the difference.